During the long winter months, we read the biblical book of Exodus in our synagogues, a riveting saga of the cruel enslavement of the Hebrews in Egypt and their miraculous exodus into desert freedom on their way to the Promised Land. The central festival mandated in these pages is the Festival of Matzot (unleavened bread), the celebration of our freedom with a seven-day holiday during which we re-experience the hurriedness of our blessed departure from the heinous Egyptian task-masters amidst the wonders and judgments of the Master of the Universe. During this festival, we are ordained to eat – and have in our possession – only the special unleavened bread, the "bread of affliction" which we ate as slaves and which turned into our bread of freedom when we took it with us in our hurried departure. The month of Nissan, which is the month of these momentous occurrences, and which inaugurates spring, is to be established as our first month of the year. (Exodus, especially Chapter 12)

It is in the following book of Leviticus that deals mostly with the sacrificial laws of the Sanctuary the Israelites built in the desert, that we find a complete catalogue of all of our annual festivals – beginning with Passover and the holiday of the matzot. In this description, however, the biblical text continues the calendric cycle, mandating a seven week period of agricultural activity and a counting of the days, culminating in the fiftieth day, the Festival of First Fruits: On that day, the Israelites are to bring two loaves of leavened bread – not matzot – as the first fruits of the new harvest. (Leviticus 23:9-16). 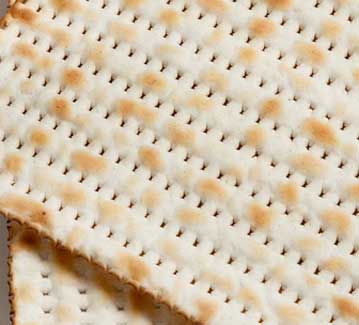 Hence, the first month of spring, Nisan (note Deuteronomy 16:1, “Guard the month of the spring, Aviv, and make the Passover offering to the Lord your God”) ushers in the first month of the Hebrew calendar and the Festival of Matzot (Passover). This festival also initiates a seven week period of counting and agricultural offerings which concludes with the Festival of the First Fruits (Bikkurim). This festival is rabbinically known as Shavuot (literally, weeks) and celebrates the new spring harvest with leavened bread. I believe that a further study of the text will reveal an old-new agricultural festival which assumes special significance with our return to our homeland.

Let us look once again at the Biblical text to attempt to discover when and why the seven week period of counting is due to begin:

“God spoke to Moses, telling him to speak to the Israelites.
‘When you come to the land that I am going to give you, and you reap its harvest, you must bring an omer (a measurement of 1/10 of an ephah) of your first harvest to the Kohen-priest. He shall wave the omer before God to gain favor for you on the morrow after the Sabbath (the rabbinical interpretation takes ” Sabbath ” in this verse as referring to the first day of Passover, which the Bible had just referred to as the first festival). You shall then count seven complete weeks from the morrow after the Sabbath (again, the rabbinical interpretation understands, “from the morrow” as after the first day of Passover) when you brought the omer as a wave offering, seven complete weeks. Until the day after the seventh week, you shall count a total of 50 days. (On that fiftieth day) you may present new grain as a meal offering” (Lev. 23:9-16).
Now when were the Israelites to bring their omer offering (which was barley, the first of the grains to ripen), and when were they to begin their 49 day count? According to the simple reading of the text, it was on the morrow after the Sabbath, apparently after the first Sabbath which followed Passover, the Spring Festival (ibid Deut.16:1). This was the teaching of the Sadducees, a Second Commonwealth religious sect consisting mainly of Kohanim and wealthy aristocrats who were strict biblical constructionists and who did not accept the broad scope of the Oral Law demanded by the Pharisees.

This meant that the Bible is here mandating a 49-day count which would commence on the Sunday after the first spring Sabbath and would conclude exactly seven weeks later on the Sunday which would be the Festival of the First Fruits; it would begin with the first ripened grain of barley and would conclude with the last ripened grain of wheat (bread). The other five species of fruit for which the Land of Israel is praised (grapes, figs, pomegranates, olives and hone-dates – Deut. 8:8) would ripen in the interim. For the Sadducees, these seven weeks comprised a separate and free-standing agricultural holiday , celebrating the special fruits of the Land of Israel and culminating in Shavuot, the Festival of the First Fruits which the Israelites would bring to the Holy Temple amidst great ritual pomp and circumstance. (see Mishnah, Bikkkurim).

The Pharisees, on the other hand, were most anxious to add an important historical dimension to these seven weeks, aside from the agricultural one. Their Oral Tradition mandated that Shavuot , the Feast of the First Fruits at the conclusion of the seven week cycle, additionally (and perhaps even chiefly) commemorated God’s gift of the Torah with His Revelation at Sinai, which took place seven weeks after Passover; they were most anxious to stress the connection between physical freedom at Passover with the spiritual freedom at Shavuot, the necessary linkage between freedom and responsibility . For them, the significance of the 49 day count-down (or rather count-up) to Shavuot reflected the anxious anticipation and necessary individual and national preparation for their acceptance of God’s Torah.

It is fascinating to note that for the Pharisees, the reaping of the barley omer on the morrow of the first day of Passover might sometimes fall out on Friday night –which they accepted and even integrated into the ritual ceremony – whereas for the Saducees the reaping always fell out on Saturday night ; and so never clashed with Sabbath sanctity. Moreover, for the Pharisees the Festival of Shavuot was inextricably linked to Passover, always coming out 50 days after the first day of the Festival; for the Sadducees, Shavuot was exactly seven weeks after the bringing of the omer barley, not at all linked to the festival of Passover.

Although we are the spiritual descendants of the Pharisees and firmly believe in the Oral Torah and the teachings of the rabbis, with our return to the Land of Israel, we can certainly appreciate the agricultural aspects of the omer celebrating the ripening of the first fruits and the agricultural bounty and beauty of our sacred homeland.