Passover - Once We Were Slaves

Home » articles – Passover – Once We Were Slaves

Passover - Once We Were Slaves - Neot Kedumim Park

Every year on the eve of the Passover holiday, Jewish families around the world come together and retell the story of the Exodus from Egypt, and the transition of our forefathers from slavery to freedom.

The spirit of the festival is beautifully captured in the song made famous by the Israeli singer Arik Einstein,
Me’Avdut l’cherut” – “From Slavery to Freedom”

My ability to suffer failed, I could bear no more
Enough is enough, I said, I have to go
The slave in me, I left behind
In a place to where I shall never return. I have nothing more to say, there are no words
I have nothing more to lose, except for these fetters
They have cut me to a pulp, and I am yet scratched
Tonight I will go forth, from slavery to freedom

In one night the Israelites living in Egypt were commanded to quickly pack their meager belongings, and as soon as they ready, they were further commanded to eat the roasted paschal sacrifice “with their loins girded and shoes on their feet” (Exodus 12:11) – i.e. ready to get up and leave at a moment’s notice.

Reading the biblical account begs the question – Why the rush? The Egyptians had by this point suffered the final plague – the death of the first born, and Pharoah had finally granted Moses’ demand – to let the Israelites go with all of their belongings.

Perhaps they were worried that Pharoah would (once again) change his mind?

Alternately, there may have been the real concern that if given time to pack “properly”, prepare food and supplies for their departure, to bid their Egyptian neighbors’ good-bye, and to reflect on the journey to the desert that awaited them, the Children of Israel would opt to cancel their trip into the “great unknown” and choose the life that they already knew – as slaves in Egypt.

For many generations the Israelites lived amongst the Egyptians. At the beginning, it was a good period for the Jews, living in the fertile land of Goshen with their flocks and their self-awareness as the family of Joseph, the second most powerful man in all of Egypt. 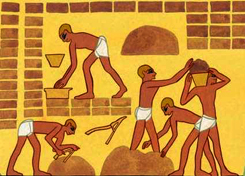 But the reality soon turned sour, as a new Pharoah rose to power “who did not know Joseph” (Exodus 1:8), and he enslaved the Israelites, and worked them very hard. He even decreed that all boys born unto the Hebrews were to be killed.

Yet, for all that, during most of their years wandering through the desert after the Exodus, the Children of Israel longed for the “pots of meat” they supposedly had in Egypt. They were unable to be truly free and to leave the ropes of bondage behind them. “It would be better for us to be slave to the Egyptians than to die in the desert” (Exodus 14:12).

After 40 years of wandering in the desert, Joshua led the Children of Israel in crossing the Jordan River and entering the Promised Land. After a series of conquests came the moment the Children of Israel had been waiting for most fo all – the division of the land among the tribes and the transition to a new profession.

No longer would the Israelites be nomadic shepherds with no permanent home. Now they were to be farmers, permanent residents of a land they could call their own, dependent on the rains from the heaven.

For 40 years the people had a pillar of fire by night and a cloud by day to lead them through the desert. They received, “free of charge” manna and quail from the heavens to eat. Now, for the first time in many years, they ate the crops of the good land – crops that grew by virtue of the toil of their own hands.

But was this truly the beginning of the Israelites’ freedom? By becoming farmers, their entire world became subject to the earth revolving around the sun. The farm work year-in and year-out was completely dependent on this never-ending cycle. The farmer must plow and sow, prune and harvest, crush and grind, and so on. The work never ended.

As long as the hard, grueling work is done completely by a person’s free will, and as long as man is the master of his own actions and not a slave, his independent thoughts and autonomous decisions are what create true freedom and release man from the slavery that once bonded him.

In the book of Genesis, near the end of the flood, Noah sent a dove to determine if the waters were receding. The dove returned to Noah “with a freshly plucked olive leaf in his mouth” (Genesis 8:11). A Midrash quotes Rabbi Jeremiah, who taught “the dove said…’Master of the Universe. May my food be as bitter as the olive but entrusted to You, rather than sweet as honey and dependent on man’ (Babylonian Talmud, Eruvim 18:2).

Despite his very humane treatment by Noah, the dove preferred his freedom, even if that meant eating food as bitter as unprocessed olives. This teaching of the Sages emphasizes the importance of freedom, no matter the price.

Nowadays, we often find ourselves slaves to time, to our needs, our salaries and finances. We so focused on the race for success, that we occasionally forget what is truly important for our lives: to take a break, to go out to nature and enjoy our thoughts and the free choice that we were given in the vastness of the Sinai Desert.

Wishing you all a wonderful Holiday of Freedom. 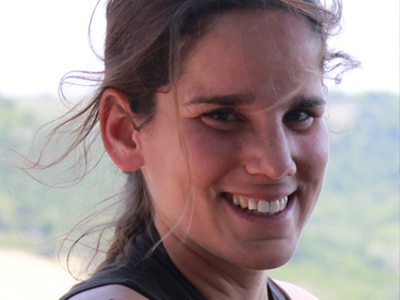 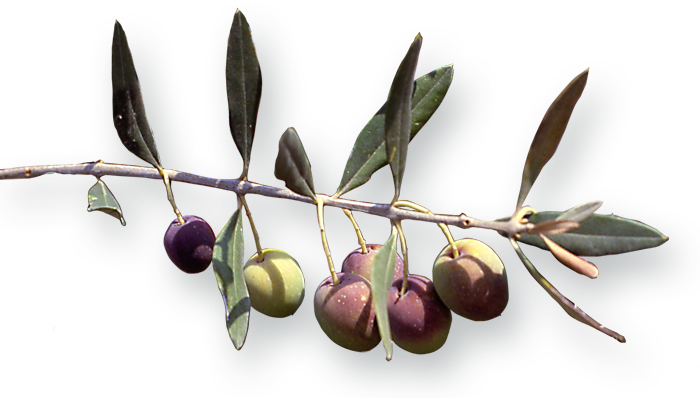