JNF Presidents Mission
Continuing the ever-strengthening relationship between Neot Kedumim and the Jewish National Fund (JNF), on November 3, 2011 the 2011 JNF Presidents Mission culminated their visit to Israel at Neot Kedumim where they met with Israeli Minister of Environmental Protection, MK Gilad Erdan (Likud) , braved the elements for a short tree planting ceremony in the new Harvey Hertz Ceremonial Planting Center, and enjoyed a wonderful Farewell dinner before heading out to the airport for their return flight home. 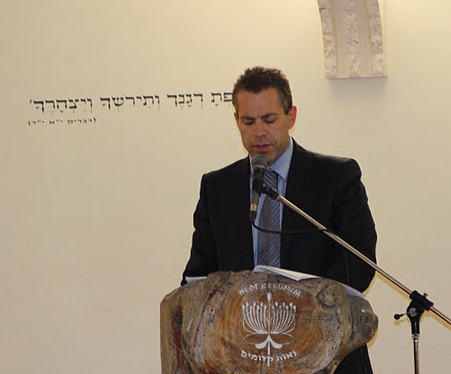 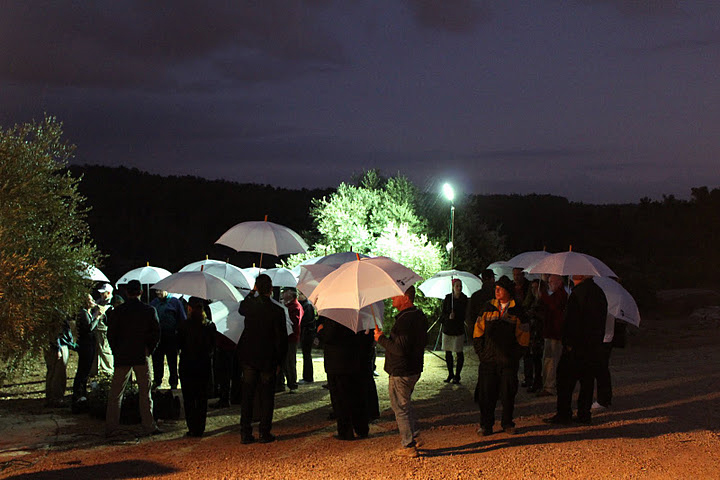 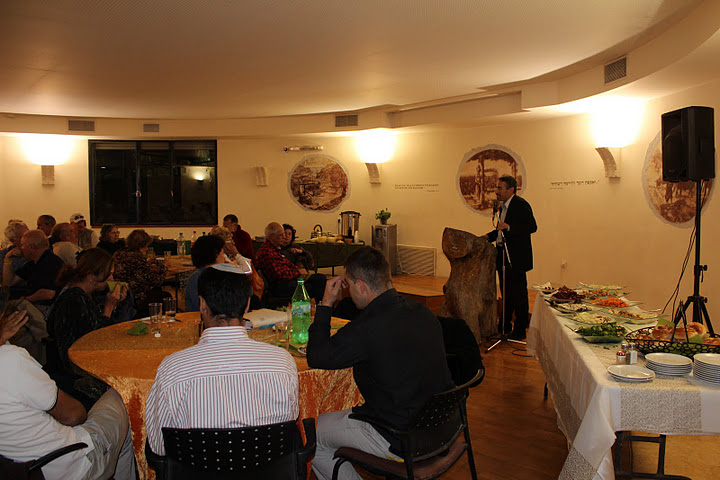 Troper-Bennett Family
Neot Kedumim was honored to host Mr. Ed Bennett and his daughter Leslie Troper-Bennett for a visit to the reserve on November 1, 2011. Mr. Bennett is the brother of the late Alan Bennett, z”l, who was a long-time friend and supporter of Neot Kedumim and who had discovered in the early days of Neot Kedumim a water cistern from the Talmudic period. In addition to visiting the cistern which Alan had discovered, his brother and niece planted an olive tree in his memory in our Grove of Light Terrace. 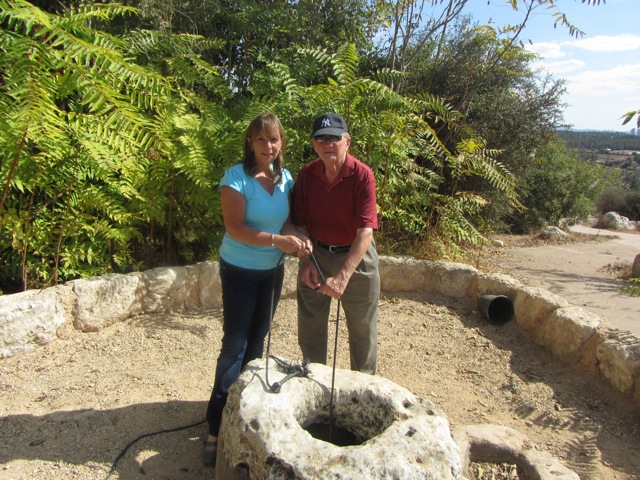 For the third year in a row, CENTI (Centro Internacional de Teoterapia Integral/ International Center for Integral Theotherapy), an international church based in the South American country of Columbia, continued their tradition of bringing Pilgrim groups to Neot Kedumim with a visit of 250 men and women on October 31, 2011. Their tour included a special meeting with Zachariah, our traditional Torah Scribe. 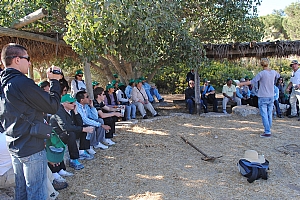 The CENTI group at a Biblical era threshing floor… 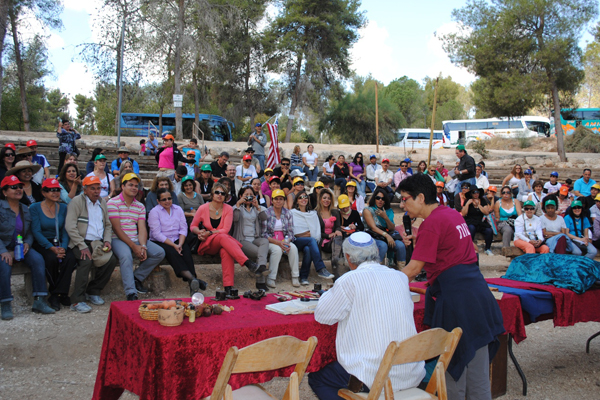 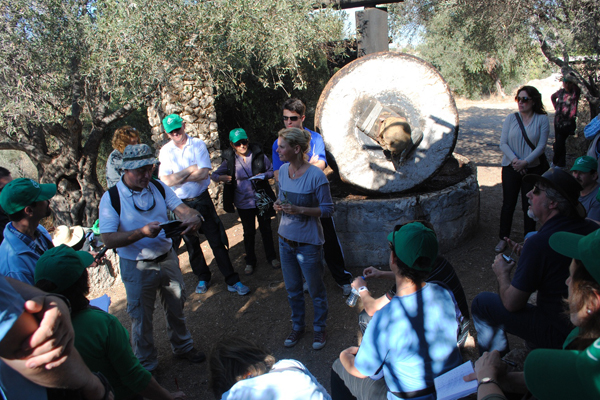 …followed by an ancient olive press

CNL Television
On November 1, 2011, the Russian Christian New Life television station – CNL TV broadcast a one-hour program live from Neot Kedumim. The program was led by Pastor Maxim Maximov, founder and president of CNL and was broadcast in Russia, the Ukraine and the United States. Included in the program was the planting of 300 trees at Neot Kedumim’s new Harvey Hertz Ceremonial Planting Center in the Milk and Honey renovated forest. Christian supporters and viewers of CNL TV from around the world as well as network employees and members of Pastor Maxim’s church participated in the event. 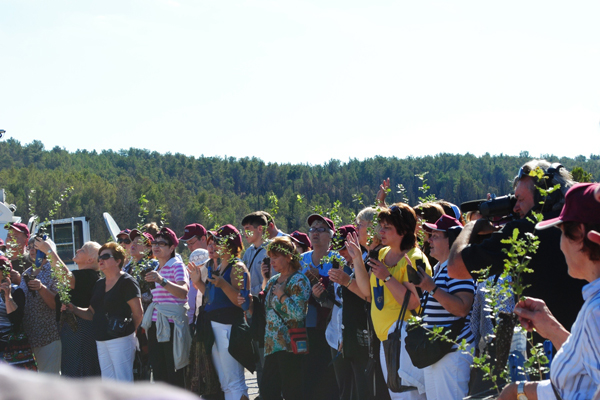 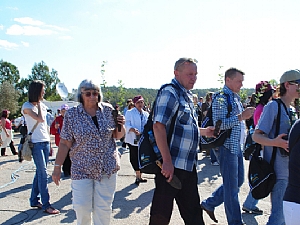 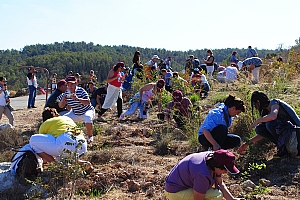 …which they plant in the soil of the Holy Land

Pastor Puertas Group
On November 25, 2011, 370 Evangelical Christians led by Pastor Jaime Puertas came to Neot Kedumim for short visit and a very moving tree planting ceremony followed by special meeting with Zachariah, our traditional Torah Scribe. Pastor Puertas is a long-time friend of Israel who visits with groups from across South America twice a year and has been honored by Israel’s Ministry of Tourism.

Afterwards, the group met with Zachariah, our traditional Torah scribe, to learn about his ancient practice

German Best Company (GEBECO)
On November 3, 2011, Neot Kedumim was pleased to host more than 80 members of the staff of GEBECO, a major German tour company. The group, led by the company manager participated in a tree planting ceremony during which they planted GEBECO’s first trees at Neot Kedumim. The ceremony and a short tour of the reserve demonstrated to the agents all of the benefits and value of having their groups visit Neot Kedumim, and they left us with a company flag to use when their future groups tour the reserve. We look forward to seeing GEBECO visitors in the near future!