The Festival of Light

The story of Chanukah is a familiar one to everyone – the victory of the Maccabees over the Greeks and the story of the candle that lasted 8 days. However the story is also deeply rooted in nature, the olive oil that was used to light the Menorah, the Menorah itself which was designed by Bezalel based on biblical plants and the olive tree which symbolizes the spirit of the Jewish people.
Our Biblical Nature Reserve is located within the Land of the Maccabees, somewhere in the area is their hometown – the ancient city of Modiin. 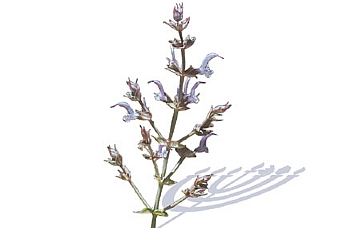 Chanukah as a historical festival.

The eight-day holiday of Hanukkah begins on the 25th day of the Hebrew month of Kislev, which falls during December. The holiday commemorates the victory of the Maccabees over the Seleucid Greeks who, in keeping with Alexander the Great’s philosophy of Hellenization, believed that the various conquered peoples should assimilate into the general, overarching Greek culture. But a stubborn group of Jews refused to accept the outlawing of Jewish religious practices and the profanation of the Holy Temple in Jerusalem with statues of Greek gods. Mattathias the Hasmonean and his five sons raised a partisan army that in less than two years recaptured Jerusalem.

With the dramatic victory in December of the year 165 BCE, the Jews were able to purify and rededicate the Holy Temple in Jerusalem (the Hebrew word hanukkah means “dedication” in the sense of laying a cornerstone or making a new beginning). One of the most important acts in rededicating the Temple was to rekindle the seven-branched menorah (candelabrum) that the High Priest was commanded to keep lit night and day. The Maccabees fashioned a make-shift menorah but, according to the Talmudic Sages, the consecrated olive oil they found in the Temple precincts was only sufficient to keep the menorah lit for one day. It would take days to properly press the special olive oil required for the Temple menorah. However, by a miracle that single cruse of oil sufficed to keep the menorah lit for eight days and nights until fresh, pure, consecrated olive oil could be brought to Jerusalem.

Shortly after the destruction of the Second Temple 235 years later in 70 CE, the tradition arose to light an eight-branched candelabrum (and a ninth “service” oil-holder or candle with which to light the others) to commemorate the seven-branched menorah that had stood in the Temple and the miracle of the olive oil that had sufficed to keep it burning for eight days. These beautiful flickering lights gave the holiday its alternate name, the Festival of Lights. 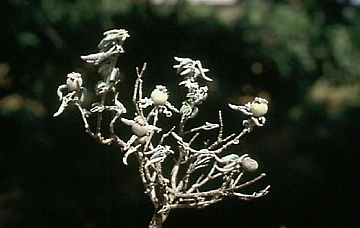 Chanukah and it’s connection to nature

Of the ancient Jewish holidays, only Hanukkah and Purim are based solely on historical events, with no direct connection either to the seasonal agricultural reality or to the nature of the Land of Israel. Nevertheless, there is a plant in Israel that has a very direct connection to the Temple menorah and to the hannukiah candelabrum.

The description of the menorah in the Bible is given completely in botanical terminology (Exodus 25:31-38, 37:17-24). Dr. Ephraim and Hannah Hareuveni, the parents of Neot Kedumim founder Nogah Hareuveni, spent years looking for a plant they knew must exist in Israel that would explain this unique description. Their search revealed the common fragrant Salvia (sage) family called moriah in Hebrew, many of whose species bear a striking resemblance to the menorah, as can be clearly seen in the photograph. 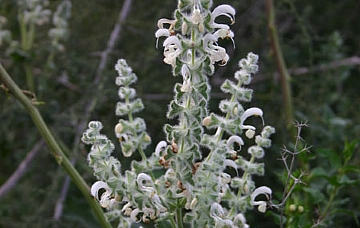 The olive trees in the groves at our Biblical Nature Park are weighed down with ripe olives at this time of year.  A visit to the reserve is not complete without picking olives, pressing them in an ancient olive press and witnessing the oil seeping out of them.  The meaning of the “festival of light” comes to life when you see the olive tree flickering in the midday sun, see an ancient olive lamp lit with olive oil and understand the continuing spirit of the Jewish People from the olive branch brought by the dove through to the emblem for the modern State of Israel. 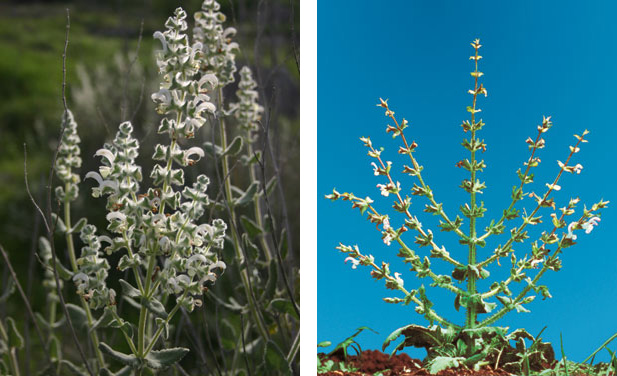