The Land of Olive Oil

The Land of Olive Oil (Deuteronomy 8:8)

The olive, one of the seven species associated with the Land of Israel, holds a special place in traditional Jewish sources as well as in daily life. The olive was a staple in the early Israelite menu, and for thousands of years olive oil has had several other uses. Primarily, it was used for light, in the Holy Temple as well as in private homes. The oil has been also been used for cooking, for medicinal purposes, for cosmetics, and as a standard of payment. Kings, priests and prophets in ancient Israel were all anointed with olive oil. 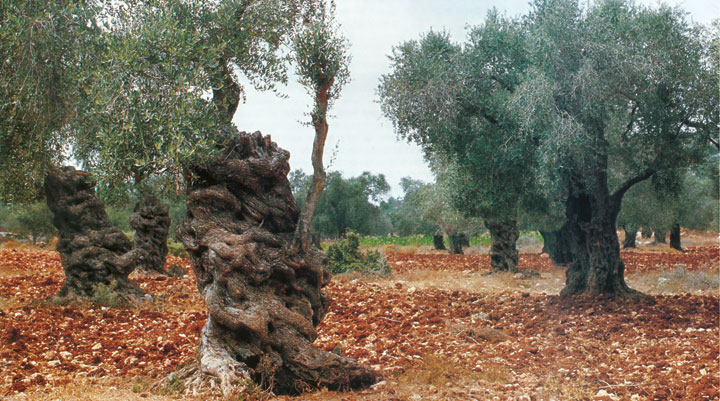 Researchers believe that the world’s first cultivated olives were grown in Syria and Israel, based on the discovery of olive pits at several early archaeological sites, such as Gezer, Lachish, Megiddo, Beit She’an and Beit Yerach. The oldest of these olive pits date back some 4,000 years.Moreover, the quality of the olive oil produced in Israel reached neighboring countries as well.

There is a Midrash (rabbinic homily), based on Moses’ blessings to the tribes of Israel just before his death, that emphasizes the importance of growing olives in the Land of Israel and the quality of the oil.

Deuteronomy 33:24 reads “Blessed is Asher of the sons; May he be favored by his brothers, and may he dip his foot in oil.” 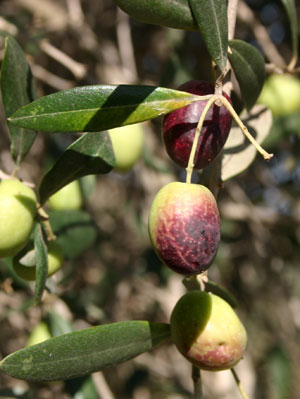 The oil that he found was of such a high quality, that in addition to the amount that he was instructed to purchase, he bought so much more that the farmer who produced the oil agreed to accompany the agent back to Laodicea in order to collect his money for the additional oil. The amount of oil was so great, that according to the Midrash, the agent “hired every horse, mule, camel and ass that he could find in all the Land of Israel” in order to transport it all back to Laodicea.

In addition to emphasizing the abundance of olive oil in Gush Halav (a fact that has been confirmed by several additional ancient sources), this Midrash contains several fundamental points concerning the attitude of the ancient Israelites to working the land in general and specifically to producing olives.

For one thing, the agent charged with buying the oil for the village started out in Laodicea, which is believed to be on the Mediterranean cost in Syria, north of Lebanon. It was taken for granted that he would go directly to Israel, which was seen as the source for oil throughout the region. While there is clearly a certain amount of exaggeration and idealization at play here, nevertheless there is sufficient evidence that olive oil was a major export of Israel during Talmudic times.

The agent went directly to the capital city of Jerusalem, where the finest oil was to be found being used for the Holy Temple, but the residents there knew full well that the source of the best oil was in the north, so they directed the agent to Tyre, the largest and best known city on the Mediterranean coast from which the oil was exported to Jerusalem. It is possible that the agent assumed that he could only find the amount of oil that he sought in the largest and most important city.

But the people of Tyre in turn sent the agent to Gush Halav, in the Upper Galilee where the olives were grown and the oil produced. There, rather than meeting an important, successful merchant with the resources to fill his large order, the agent instead meets a simple farmer, who grows his own olives, produces his own olive oil, and sells it himself to the merchants in the big city.

Yet when the agent comes to buy a large amount of oil, the farmer, who is tending to his olive trees, tells him to “wait until I finish my work.” Thus the farmer declares his priorities: the work in his field comes before business. Even at the end of the day, when they arrive at the farmer’s house, he is in no hurry to close the deal, but respects tradition and has the agent “dip his foot in oil” (as per the above-mentioned verse from Deuteronomy).

The farmer finally measures out the oil that the agent has requested to buy at the end of the day, after his work is complete, after he has allowed the agent to dip his feet in oil (confirming its exceptional quality) and after they have eaten together.

The farmer is shown to be a generous and honest man, who treats his visitor with great respect. Moreover, he represents certain national values that the Midrash wishes to teach that ideally, the centrality of agriculture is in and of itself a Jewish value, not simply an economic endeavor.

On a symbolic level, growing olives and producing olive oil are meant to remind us what the Sages of the Talmud taught, “As this [olive] oil brings light to the world, so too does Israel bring light to the world.” (Shir HaShirim Rabba, 1:21)

At this time of the year, the olive trees at Neot Kedumim are bending with the weight of their fruits. People of all ages come and harvest the olive in the traditional manners – by picking the olives from the branches, as well as by hitting and shaking the trees. After receiving a live demonstration at the olive press, these visitors can then produce olive oil with their own hands, using the simple crushing stone as was done by our forefathers so many centuries ago.

All are invited to enjoy this experience, combining nature with the Israelite spirit, and thus fulfilling Moses’ blessing to the tribe of Asher, “Blessed is Asher of the sons; May he be favored by his brothers, and may he dip his foot in oil.”