Home » About us – History

the world's only Biblical Landscape Reserve

In 1924, Ephraim and Hannah Hareuveni presented in writing the idea to establish a "Garden of the Prophets and Sages." They described a garden with plants from the Biblical and Talmudic periods arranged according to sections such as "Plants from the Mishnah" and "Isaiah's Vineyard".

"More than just a historic garden and more than just a collection of plants from the Bible and Talmud, but a garden which will incorporate both together, arranged appropriately, and immersed in the spirit of the prophets and the sages..."

"If we can no longer hear the ringing words of the prophets, but we can see what they saw and smell what they smelled, let us therefore arrange a plant garden of our ancient literature, and learn to write in it and to read there from the Book of Books and the Song of Songs in the letters and the colors which were used for writing the Book of Books (the Torah) and was the source for all of the psalms." (Ephraim and Hannah Hareuveni, from the conceptual plan for the garden, published in New York, 1927) 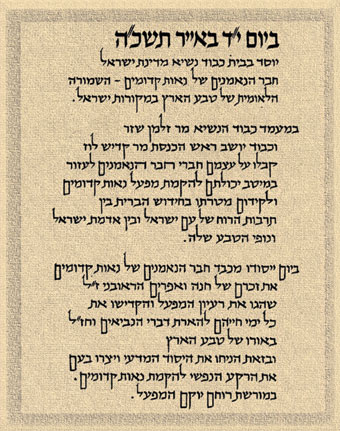 The fulfillment:
In 1965 Noga Hareuveni fulfills his parents’ dream when
Neot Kedumim is established 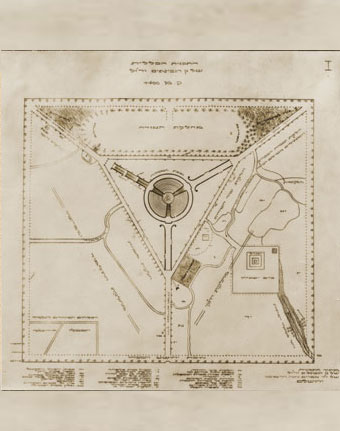 The idea:
The plan for the “Garden of the Prophets and Sages” as it was published in 1927

Then and Now – the story of Neot Kedumim in pictures 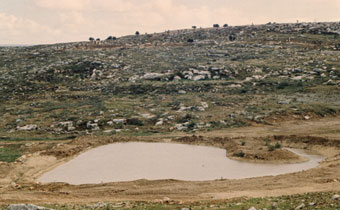 The 1970’s –
the establishment and development of “Solomon’s Pool” 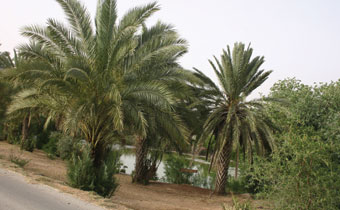 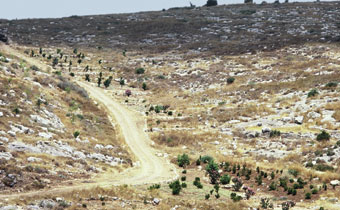 The 1970’s –
the Four Species Ascent being established 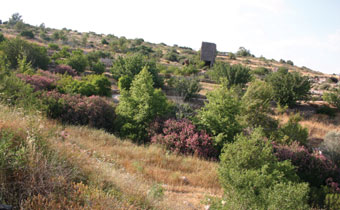 The Four Species Ascent as it looks today 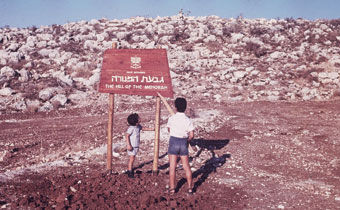 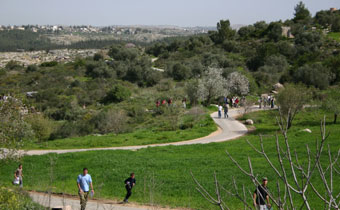 In 1994, the prestigious Israel Prize was awarded to Noga Hareuveni (the founder of Neot Kedumim and son of Ephraim and Hannah Hareuveni) and the staff of Neot Kedumim for “Special Contribution to Israeli Society and the State. In the explanation of their decision, the Israel Prize judges wrote:

“Neot Kedumim, the national Biblical Nature Reserve in Israel, near Ben Shemen Forest, is a unique phenomenon, which fills a top priority national goal. It has created a framework which shows the nature and agriculture of the Land of Israel as it has been interwoven within our heritage: in the Bible, the Mishna, the Talmud, the Midrashim and the Mesora. It brings together Jews of Israel and Jews of the Diaspora to the land of Israel and her plants by connecting the days of the Bible and the Mishna with the present day.

A nation once in exile, far from the sights of the Land of Israel, has been re-acquainted with its roots, its sources, and to the wonderful weaving of man and nature as reflected in the words of today, as was done by our ancestors and in a manner that until now had only been old words written down on a page.

In this age of far-reaching changes in society, in faith, in science and in daily life, it is all the more important to explain that which was once seen as natural and understood without question, and which today appear to be out-dated and obsolete. Past, present and future converge with ancient landscapes to create a continuous web expressing the essence of our lives, in which the roots of the past are the growth of the future.”