By virtue of the combination

Home » articles – blue – By virtue of the combination

By virtue of the combination

The first two days of the month Tishrei are celebrated as Rosh Hashana – the New Year. However, we also have another timeline for marking the start of the new year – with Nissan (the month of the exodus from Egypt) as the first month. “This month will be for you the beginning of the months, the first month of the year it shall be for you” (Exodus 12:2). This calendar demarcation bolsters the memory of the exodus: “Remember this day when you left Egypt, from the house of bondage” (Exodus 13:3). 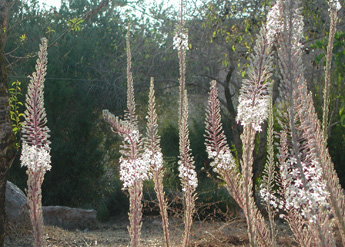 The flowering of the squill that characterizes the month of Tishrei 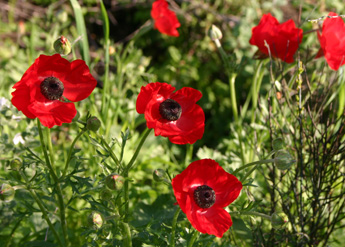 The flowering of the buttercup that characterizes the month of Nissan

Confused? The Jewish calendar does, in fact, have two recognized “New Years” – one in Tishrei (early fall) and one in Nissan (early spring). The Mishna makes it even more complex, teaching that there are four New Years(1), whose observance was required for the tithing (taxation) of animals, fruits and vegetables to support the priestly class and the Holy Temple. These New Years were practical reflections of the annual cycles of agricultural life and animal husbandry in ancient Israel.

The first day of Tishrei (the seventh month after Nissan) is meant to strengthen belief in the Lord. On this day, according to Jewish tradition, all living creatures crown God anew as King of the Universe, thus affirming the oneness and uniqueness of God, Who, according to tradition, on this day, created man as the culmination of all creation. Therefore the day is also known as “Day of Tru’ah (Trumpeting)”, appropriate for welcoming a king with great fanfare and trumpets. “The seventh month, on the first day of the month, will be…the memory of the trumpet blasts (tru’ah), a holy occasion.”(Leviticus 23:24).

So far, we have separated these three categories by different dates: the Israelites’ collective memory of their national history in the month of Nissan, the daily life and related livelihood of the four “New Years,” and renewed coronation of God as King in the month of Tishrei. However, as we know, these three aspects are separate only on paper. The reality of day-to-day life combines working for a living with faith and historical memory.

Together, these three aspects of daily life create a healthy interweaving of matter and spirit that make up the heritage of the Jewish people. The foundation for this can be found in the Rosh Hashana liturgy, “Oh Lord our God, give us with love this day of memory, a holy convocation, in memory of the exodus from Egypt.” It is also learned from the Gezer Calendar(2), an archaeological find reflecting daily life in ancient Israel that opens with the “yarichav asif,” – two months of ingathering –referring to Tishrei and Heshvan, two crucial months in ancient Israel’s agricultural harvesting cycle.

Nowadays there is a growing dispute in Israel between those who hold to the study of Scripture to the exclusion of all else and those who believe in the crucial importance of synthesis in learning. Efraim and Hannah Hareuveni, the parents of Neot Kedumim’s founder, Nogah Hareuveni, established this latter approach in the early 20th century. They stressed the unbreakable bonds between Israel nature’s and landscape and Israel’s ancient texts, a vibrant synthesis rekindled for all to see with the return of the Jewish people to its homeland.

In their book “Garden of the Prophets and Sages,” the Hareuvenis wrote that “when all of the Jewish people understand that the Torah and the Talmud are not just old pages bound in thick books, and not merely for those locked in rooms [of study]; when they see that the Torah is growing and flourishing in the Garden…that will be the revival of the relationship between Torah scholarship and nature, that is deeply connected to the fate of our ancient literature, its understanding and its rebirth.”

May we all succeed in learning in the coming year to combine matter with spirit.